by Michael Nau & The Mighty Thread 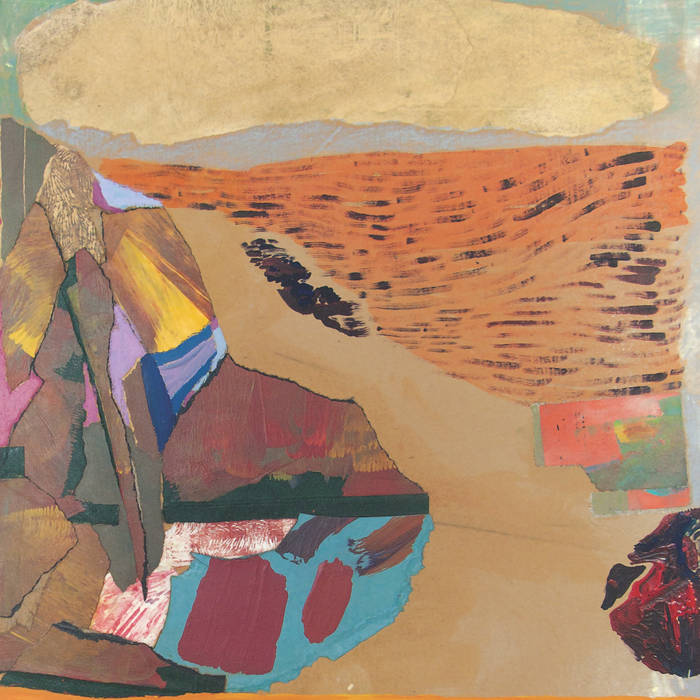 “There was a musical language that we created; something without a guiding pattern that you could really just jump into and see where things could go,” Maryland folk musician Michael Nau says of the process of recording his forthcoming third solo album, Michael Nau & The Mighty Thread. He’s wildly poetic, especially when recounting his dedication to music, and the work that led to this particular collection of delicately passionate songs. “These things became the vehicle by which we traveled, giving us reason to spend most of our lives in a van of uncertainty.”

Michael Nau & The Mighty Thread is the follow up to 2016’s Mowing — the first record he released under his own name, after fronting psych folk projects Page France and Cotton Jones — June 2017’s Some Twist, and its extension, The Load EP. The sprawling new album was recorded in Benny Yurco’s one-bedroom apartment in downtown Burlington, Vermont. Nau and his collaborators had a cool little set up going in Yurco’s spot — drums and bass took over the bedroom, the guitar amp in the bathroom, Nau’s vocals and piano in the living room, and a vibraphone in the kitchen. It’s the first time one of Nau’s records happened all in one place, and it feels most like a band record than ever before, he says; Nau and this particular group of musicians held it down together as a true team, which is why Nau named the record in their honor. Nothing more was added to it than what was recorded by Nau and the band in Yurco’s apartment. It didn’t feel like the right thing to do to mess with it post-facto, he adds. “It’s a documented live performance. It happened the way it happened, and that’s how it is.”

You can hear that organicness all across Michael Nau & The Mighty Thread, from the golden-sounding, glibly existential love song “Less Than Positive,” one of the oldest written on album, to the smoky and melancholic “Smudge,” one of the most recent compositions. “It wasn’t until recently that I ever considered revisiting songs from so long ago,” Nau says of playing songs he wrote ages ago, like “Less Than Positive.” “But something happened where I’m now able to appreciate the distance between those songs written long ago, and where I’m at now. It feels like playing someone else’s song.” Nau stresses this theme of time and distance in talking about the record. And those metaphysical thoughts permeate the music, which hangs in an ageless space, somehow classic-sounding and fresh like a cold wind, at the same time.

The songs on this layered record sound sunny and familiar, like sharing stories and worries with a close friend on a late summer day. In a gorgeous and natural way, he contemplates his own process, those feelings of uncertainty. “Making it too hard just comes easier,” Nau croons on “Funny In Real Life,” an exquisite meditation on creation and self. “Truth is such a beautiful force/And every time we find the chorus/There’s no second-guessing the real/I don’t ever know how I feel.”

Nau shines when he’s nestled in that medium between melancholy and carefree. He seems to be thinking about the past, present, and future, all at the same time, and his songs move between pain and joy, fires and rivers, faraway stars, icy Saturdays, clouds of smoke, between shelter and flowers in the rain. “And it just keeps going, if it’s done it’s done/Still flow in the flowing, all around the sun,” he sings on “Smudge,” the record’s finale, which is about love, and memories, and loneliness, and apprehension — “Something coming around some bend/Waiting for something to never end” — all at once. It’s all just part of the waves of life; sometimes you get stuck, or things move slower, and sometimes the pace steps up. And that seems to be the gist of Michael Nau & The Mighty Thread — that there are “different movements” in the self, that constantly figuring yourself out is all part of the journey. “As long as love is the motion,” Nau says, “it might get there.” Wherever there is.

Bandcamp Daily  your guide to the world of Bandcamp

Guests include Kassa Overall and Muriel Grossman, plus an LP of the week by Van Hunt.